- Q: "Why isn't German multilayered armor modelled in the game?" A: "Because such an armor was in no model of the mentioned nation until the end of 20th century" (SS: a player claimed that the E-100 had multilayered armor based on some scheme that wasn't sourcelinked)
- SerB regarding the same issue: "This question has been answered already, the tank corresponds to our data"
- Q: "Do the spotting rays... *insert long and ridiculous question about spotting mechanism*" A: "So what do you think, are our programmers complete retards, or will you leave them a chance for a small glimmer of intellect?" (SS: here SerB started raging and trolling - skipped the following stuff)
- regarding the visibility check rays: "Their calculations are requiring and thus they are done only in limited intervals" (SS: for more details chet wotwiki on how visibility works)
- In 1943, Italians still projected welded hulls. They also bought the license for the Panther, but in the end, they didn't make a "smaller version" of it, they projected a completely different tank (SS: the P.40 - P.43)
- the abovementioned tank didn't copy the Panther solutions (Italian industry technical level didn't allow that), rather only copied the concept (in P.40-P.43 series) (SS: the player was asking about a P.43 with a welded hull and 105mm native gun, possibly with torsion bar or Christie suspension)
This is how it would have looked: the P.40, P.43, Panther 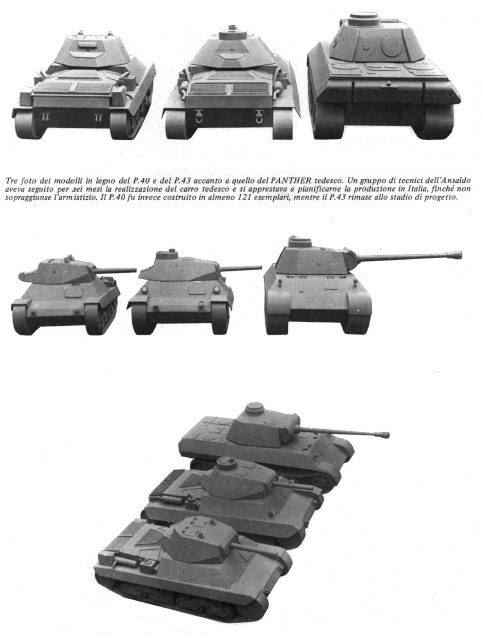 - regarding this wooden mock-up: SerB thinks it's some sort of P.40 ancestor, but isn't sure: 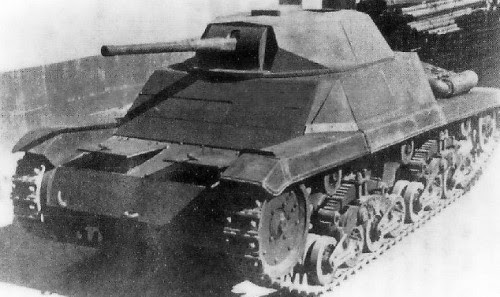 - Italian P.43 with new suspension? SerB thinks the variant where they move the P.43 platform to Christie suspension is more likely given the state of Italian industry than some sort of Panther-like suspension
- there is a chance Churchill AVRE will make an appearance
- the new German medium branch will not come with special new camouflage - it's not yet decided when new German camo will come
-  official camo value for vehicles? "No, players would whine 'why does this tank have more than that' etc. It's not on our actual to do list, maybe one day"
- there will be no special maps for hightier vehicles, maps will be done for everyone
- free XP is awarded based on basic XP gain, the x2/x3/x5 first day wins apparently don't count (SS: the answer was unclear, can someone confirm?)
- maximum tank display distance (SS: cca 500m) has not been reduced, it will be increased based on technological possibilities
- plans regarding taking the "popular" nicknames from 0-battle "squatting" old accounts? "No comment"
- it can't be clearly stated whether unlocking the engine or new suspension increases TD maneuverability more, it depends on too many factors
- so far, no data has been uncovered from Bovington about the FV100 assault vehicle, rumored to have been projected
- tier 7 medium T-43 is doing fine without the D-10T gun. SerB states, that the Chinese T-34-1 has the 100mm to perform well, while T-43 would be overpowered with it
Posted by SilentstalkerFTR at 2:04 PM