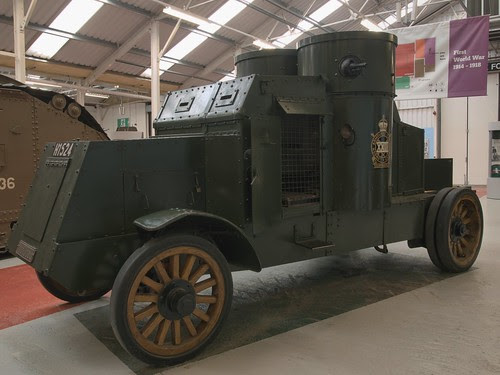 Posted by SilentstalkerFTR at 11:04 PM 12 comments:

Disclaimer: I kinda caught flu and Im not feeling well (that's why I was so irritated yesterday). Considering I am feeling like shit and am in bed atm, I can't guarantee the quality of the translations today. Should be okay, but don't crucify me if I forgot a word somewhere.

First: Alienware invite code giveaway (for new players only) can be found here - if any of you are starting a new account, it contains 1000g, 5 days premium and 100k credits. 8000 of them are left.

- the physics bugs (SS: flying tanks when clipping into certain objects, the infamous "turning on the spot") are considered very rare, fixing them has low priority
- if the client gets disconnected (shut down), extended results of the fight become inaccessible. This is intentional to save up on data transfer: "there is no point to transfer data when the client is shut down"
- IS-4 with D-25T is the historical tank setup, its historicity being about the only advantage this setup offers
- one of the big things the developers are working on right now are the esports functions
- when a tank is coming directly at you, it's possible to detrack it by shooting anywhere in the frontal track part, not just into the wheels
- the new prepared sound engine will bring improved sound overall
- WoT on consoles? "If there is ever such a thing, it'll be kept separate from PC WoT server-wise"
- according to SerB, the new tier 9 tanks (those with high penetration) are balanced fine and are historical
- the only Japanese tank already modelled is the Chinese Chi-Ha
- Japanese hightier tanks will be unique (not similiar to any other nations) (SS: from what I could tell, the heavies will be very large, heavy, less armored than Maus, but possibly better armed)
- in first Japanese patch, cca 19 tanks will be introduced
- SerB states that even on the same tank, when using removed speed governor, one vehicle can get its engine yellow in different times, because the removed speed governor damages the engine only when the engine works outside its nominal horsepower boundaries. It cannot be detected by player whether it's really working or not, this is intentional.
- Storm on armor: "Everything is almost okay with armor now. But in order to make it totally okay, we will be taking measures in 0.8.6. What measures - will tell later." (SS: bold font used by Storm himself)".
- Storm sees the problem with heavily armored tanks in their low popularity and limited playability.
- this year there will be new camos for Germans implemented
Posted by SilentstalkerFTR at 4:32 PM 55 comments:

SS: Well, today's EU Q&A answer session brought a lot of useless crap, but also one interesting answer: 0.8.6 will bring a city map. Combined with the info from RU server that it might in fact be a winter city map, I think we all are thinking: "Stalingrad". In fact, there was such a map supertested before the 0.8.5 patch.


Either way, Storm (who is currently on vacation) wrote a post, where he asks players about WoT issues. According to his post, it's not an "official" feedback thread, more likely something to give him stuff to think about when he's resting.

He stated in the post that within 2 weeks he will start unvealing 0.8.6 details and that they will cause a lot of controversy ("prepare asbestos chairs"). Here's what was in the post comments:

- Storm is aware of the cheat mod issue, WG is investigating it. Measures will be taken - it's not however yet decided what kind of measures, they are still discussing it. According to Storm, the cheats in the modpack are "not really that terrible".
- one of the cheat solutions considered is a portal with "certified" mods - only certified mods would then work with the game
- 2-3 reworked maps have (arty cover) problems, one of the problematic maps is Highway
- according to Storm, most players like the new map, it won't be taken down
- devs considered the possibility to transfer free XP to crew XP, but refused because they feel it's "pay to win"
- it's not known for now whether the amount of XP needed to train skills/perks will be reduced
- Storm does see the lack of high-end content as a problem, WG is working on it
- 8.6 will bring a solution for ride over bumpy terrain affecting the aim circle spread too much ("gun jumping")
- no "leagues" will be implemented
- the rate of tanks being implemented has been reduced roughly two times
- WG is pretty pissed about the Nvidia-caused bugs
- 0.8.6 will introduce a "hot feature" regarding game optimalisation
- deathmatch won't be introduced
- 25 percent random factor won't be reduced
- sort of "battle miniquests" for players are planned  (SS: no details, but what I understand from the context, it's something like "kill X tanks of type Y")
- in 8.6, heavily armored tanks in general will be changed (SS: as in buffed)
- in 8.6, "there will be changes in armor mechanics"
- Storm agrees that the social aspect of the game is underdeveloped
- there will be more attempts to introduce "fair environment" and "fair play"
- 7 vs 7 battles will be implemented (SS: 7/42)
- looks like Storm isn't too hot into the (WarThunder) garage battle mode (SS: as in when you die in one vehicle, you enter the same battle in another) - "what if you enter a garage battle and in first minutes you realize your teammates are retards and you will have to lose several of your vehicles?"

That's it for now. Storm disconnected and will continue the session tomorrow (today, it's past midnight already?o.O) Will make part 2 if something interesting comes up.
Posted by SilentstalkerFTR at 12:02 AM 88 comments: