- SerB on premium tier 8 arties after tier 10 arties are introduced: "Logical, but not guaranteed." 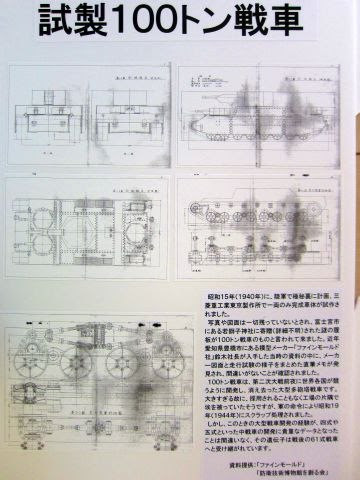 This is a drawing of colonel Iwakura's proposal. It's not the early O-I tank, that's a different project. It was the only tank with such a suspension planned. Its main gun is estimated to be a 150mm cannon.

This is one of the Chi-Ri prototypes. The "Bugatti" tank (SS: sorry, I really don't know enough Japanese tank history to give you any solid background, apparently one project was called like that by the Japanese buffs, I'll ask about it) was also a Chi-Ri variant. 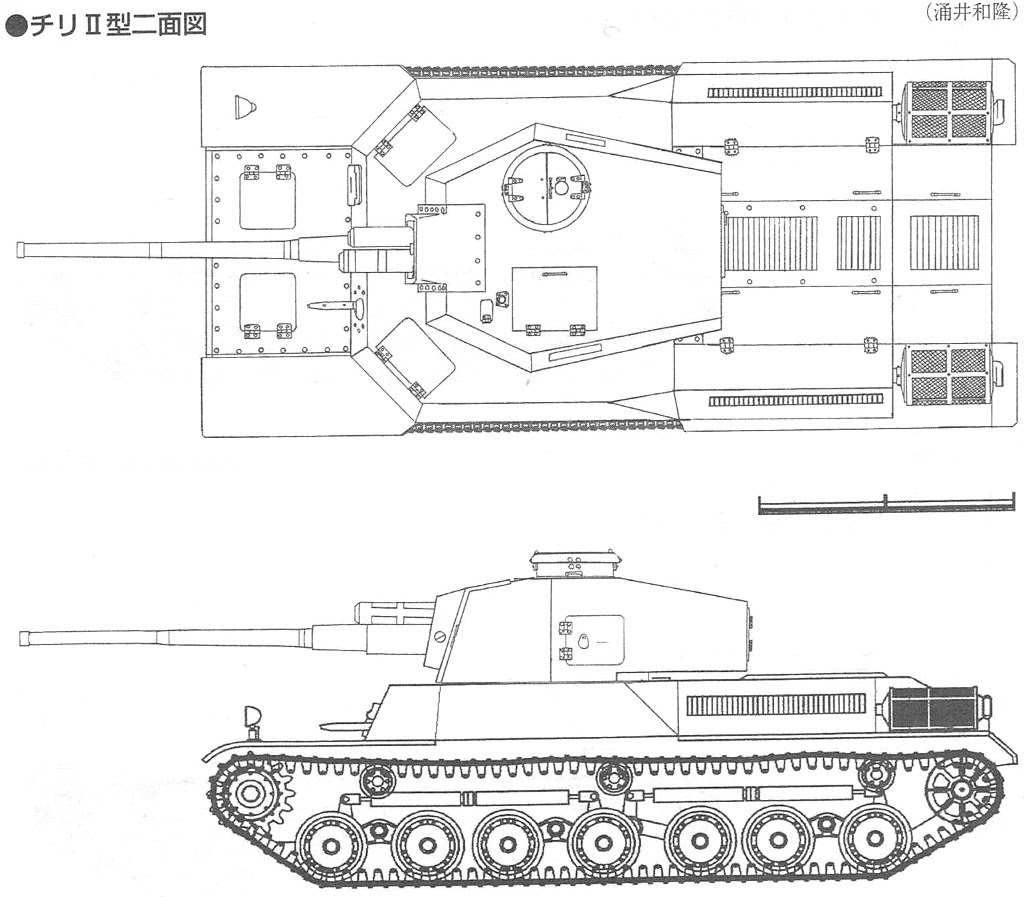 According to SerB, this is a Chi-To hull with Chi-Ri turret. Unclear whether it had its own designation or whether it really existed. These alternative Chi-Ri variants are largely unknown and it is not known how much a difference there was between them and the "regular" Chi-Ri. There were some rumors about cast turrets.

It's also too soon to announce the designation of the Japanese "supertank" with 80 roadwheels, mentioned by SerB. SerB states it weights more than 120 tons (around 140). Regarding the Chi-Ri, SerB states that the 88mm gun planned for it was not only an estimate of US engineers, the Japanese themselves planned to install it.

- the reason why US T57 was introduced was to increase the amount of American top tier tanks
- each crewmember alive at the end of the battle recieves the same amount of XP as the tank, dead crewmembers recieve only half
- the devs had thought about the idea that a burning tank would be harder to hide behind a bush (lower camo factor) but refused it, it was considered not needed
- no candidate for tier 8 was found for the possible Soviet branch with Object 907 or for Soviet light tanks (SS: presumable high-tier LTs meant), it's not planned for now to use the LTs found in archives by Yuri Pasholok (SS: only sets of demands and some blueprints, will have a look at it, at first glance - very heavy and well armored vehicles for light tanks)
- minimap won't be remade from "satellite view" to "topographic view", because it would be difficult to read (SS: sorry, not sure what "topographic view" means in this context)
- transfer from elite vehicles XP to crew XP? "When we plan this, we'll tell"
- ingame vehicles will NOT be balanced around the 7/42 companies (SS: this is connected to the question, why no top 7/42 team uses TD's in their setups, SerB doesn't see that as a problem, the game is balanced around random battles and in random battles tier 8 TD's don't have problems)
- confirmed: drowning a tank gives you bigger repair bill than "regular" death
- regular mass-use of gold shells in random battles does NOT count as "unfair play" (SS: related to a massive whine of one player that WG forces people to buy premium accounts to stay competitive).
- a "bad nickname" report reason won't be added into the ingame report system, as it is not needed
- WG games for Xbox 720 and PS4? "No comment"
- the Chinese heavy tank traits according to SerB are good frontal armor and mobility
- no hardcap for LTs planned
- the option to exchange one premium tank for another (even for gold) won't be introduced
- the Leopard in the game will be one of the early models
- Q: "Why can't we name the crews ourselves?" A: "We don't need any screenshots with crews full of "heroes of the SS""
- gun aim spread is a purely balance characteristic
- SerB states that regarding the interview with Evilly (SS: translated here) that Evilly basically screwed some things up, because he's not involved in the game development directly
- if you are under the effect of camo net and binoculars, you press the "W" key, but the tank doesn't move, they still stop working. SerB: "Imagine it as if by pressing the W key the crew runs out of the vehicle, removes the camo net and the binoculars"

Lots of worthless crap skipped today. Apparently the Leopard 1 will really come later than expected and maybe not even after the British TDs patch.
Posted by SilentstalkerFTR at 3:46 PM