The WG branch on Cyprus 2012 revenue was declared to be 217,9 mil. Euro, with net profit of 6,1 mil. Euro, as written in the annual report for the Cypriot stock exchange. Almost all the money was gained by its superhit computer game, World of Tanks.

The WG Cyprus company was registered in 2011, it owns the rights to distribute the games of Wargaming.net, which itself was founded in 1998. World of Tanks, released in 2010, became one of the most popular games in the world, with 45 million registered users.

By the end of 2012, Wargaming was the biggest game developer company from former USSR in the world. Another notable Russian game devloper Mail.ru (multiplayer division) made cca 160 mil. USD and the biggest Russian producer of games for mobile devices, Game Insight, made 90 million. 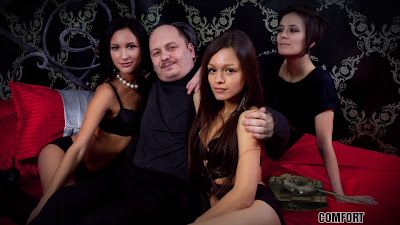 Posted by SilentstalkerFTR at 10:43 PM

New comments are not allowed.