Sorting out the 210mm Ferdinand 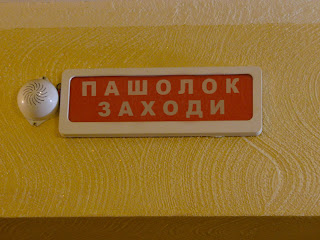 The introduction of "GW-Ferdinand" by Wargaming left me scratching my head.
The first reaction was "yet another fantasy tank!", but I had an hitching feeling about reading a "21cm auf Elefant" somewhere.

The first hint came from the forums, where "Panzer Leader" by Guderian was mentioned as a source.
It is there indeed mentioned as a proposal (among other things, like additional front plating for Tiger, Panther and Panzer IV)  but I still was not sure as he seemed to be mixing out stuff. The fact that the 210mm mortar itself was nicknamed "Elefant" due to its weight didn't help of course as it could have allowed further confusion.

"Gunpower 22", by Tadeusz Melleman briefly mentions that heavy self propelled guns on Tiger P chassis were proposed for 150 and 170mm heavy howitzers on page 7, however no source is given, leaving me skeptical about it, although it mentions the same reason for dismissal as Guderian's, economic cost.

This led me to dig deeper into the main authors. A deeper check into "Special Panzer Variants" by Spielberger revealed a "Elefant 21cm on Hummel chassis" proposed on March 1945 but it turned out to be talking about the mortar itself rather than the tank.

"Panzer Tracts 08" gave a precious start, saying in thr Sturmpanzer IV chapter that succesfull production of the model would stop the need for a 21cm Tiger (P) based Stug. This, and the fact that Sturmtiger itself was initially considered to use a similar howitzer, made me consider the possibility of a "Sturmtiger (P)", although still not direct enough to be certain.

"Tiger und seine abarten" by Spielberger finally hit the nail. On pages 104 and 105 (translation courtesy of Silentstalker) it says Hitler wanted the conversion of Porsche Tigers into Sturmgeschütz vehicles with 200mm frontal armor and a 88mm L/71 gun. He also ordered the research of the possibility of installing a 210mm French captured mortars into them. For that, the hull and the superstructure was to be strenghtened.

The order to rebuild one (Porsche vehicle) into a Sturmgeschütz was given by the army high command to Porsche on 26.9.1942.  On 14.10.1942 Hitler said that if Panzer IV could have the SIG gun installed, the need for the 88 or 210mm Porsche Tiger Stug has no longer priority and only constructive suggestions should be given from now on.

What does this mean?

Basically, a 210mm assault mortar used as howitzer on a Ferdinand. Same armor, likely slightly different superstructure but definitely a front line tank, not an artillery unit. So, after VK 7201, Wargaming did it again and utterly misread a german design.

Will they ever learn?

Addendum for those that argue about its use in WOT

My articles are purely on an historical perspective although usually based on WOT tanks or events.
My aim is to rectify historical accuracy mistakes, not to create WOT tank designs.

Someone pointed that the armor on a "mortar carrier" would be useless thus it's not logical.

This tank was not meant for facing other tanks tanks but rather bunker defences (which included anti-tank guns) in an urban settings, while the tank role was simply to bring the biggest gun close enough to do the job.

I'll try to explain the role in simple words:

At this point a solution is needed:

Hitler proposed a ramming Tiger vehicle that would act like a motorized battering ram.
Someone a bit less insane proposed a vehicle armored enough to withstand anything thrown at it by bunker defences and with a large enough gun to crack it.

Implementation phase 1: a SIG heavy howitzer is mounted on a Panzer III chassis with 80mm front

Implementation phase 2: someone saner persuades Hitler that a panzer IV with a 15cm STUH 43 short howitzer and 100mm frontal armor is enough

Implementation phase 2.5: Hitler gets angry and states that nothing less than a Tiger will scare away enemy soldiers from position

How would it work in battle in its concept?

The tank would simply approach the enemy strongpoints relying on strong frontal armor to resist anti-tank guns, grenades and anything a fortified position cold fire at it.
Once within range (from a few hundred meters to 1-2 kilometers) the tank would fire with a heavy howitzer and demolish the enemy bunkers either with HE or with a large HEAT demolition shell.

Tanks were not their primary targets and they were not meant to be used as tank destroyers primarily, although that role was occasionally envisioned.

Would they wreck any tank if they fired on it? Yes if close enough to score a direct hit with their low velocity guns.
Would they be optimal for the task? No, as everything in the tank is optimized for short range use against static targets. Perhaps they would be devastating in an ambush, but with the naturally slow rate of fire it would be a waste of heavy shells.

Someone likened heavy sturmpanzers to  the soviet SU-ISU 152. It is an analogy with limited purpose, as the german tanks were much more specialized in their role than the soviet design and would be out-ranged by them.

- the situation with the alleged premium account buff got complicated, Storm debunked SerB's information that thee will be PA buffs. Confusing.
- all the armor calculations are done server-side
- there is a chance the Leopard 1 will be made lower (historically, according to Storm, it should be 2400mm tall, at this moment in game it's 2480mm tall)

- as previously reported by FTR, 8.5 has been confirmed for Thursday on RU server, which means EU/US will follow possibly next week Tuesday/Wednesday.

On the topic of 8.6 arties, I tried to get into the bottom of them, whether they are historical and if yes, what can we expect. The Soviet one is historical, it's one of the SU-14 prototypes (SU-14-1). According to some hints I have read on RU forum, it might be implemented below the SU-14 itself and have worse weaponry. It was stated it won't be faster or more maneuverable.

The German one is still as far as I can tell a fake. There IS a source, Guderian himself mentions an "Elefant" with a 210mm mortar, but no other reputable sources (Doyle, Spielberger) mention any project like that I think. What I think happened is - as it did many times in history - someone confused two Elefants. You see, the name "Elefant" was used (officially) for the improved Ferdinand tank destroyers... but also (unofficially) for a Czechoslovak 220/210mm mortar project GrW 69 "Elefant", which had nothing to do with the Porsche Elefant chassis, it was just a name (credits go to Zarax for making me aware of this). The Elefant mortar was bored 210mm, Wargaming's GW Elefant is equipped with a 210mm mortar... see where I am going?


Someone somewhere (maybe even Guderian himself) possibly confused the Elefant mortar and Elefant tank destroyer and gained impression there was supposed to be a mortar mounted ON the Elefant chassis. Such confusion is not uncommon after all, we have many cases where someone made something up or got confused and it stuck and it is even commonly used now, despite being unhistorical (examples: Jagdpanzer 38t called "Hetzer", M36 called Jackson and so on).

The French one - nothing is known. I asked several people, known to know stuff about French vehicles (notably Souroy via Okinoshima), noone has heard of a Batchat artillery based on M47 Patton chassis.
Posted by SilentstalkerFTR at 5:08 PM 60 comments:

The fate of German tanks...

We asked SerB what is the fate of German tanks going to be for you :) Pics posted on US forums by LostMahPants, sorry, couldn't resist :)
Posted by SilentstalkerFTR at 8:52 AM 106 comments: