This was posted today on NA forums: 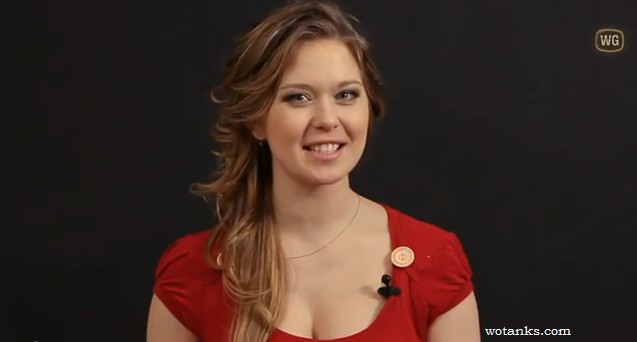 US server has Pico Mause and what does EU server get? Ecturd. Not sexy. Why can't the EU server get some pretty moderator like that?

Preferably someone who's not...

Okay, on more serious note: the US show is great. The_Chieftain is a great guy and despite what he thinks of me (as you can imagine, I am not the most popular person with WG), I respect him a lot (just like Overlord).

This show is just... I don't know. Funny (so are the short weekly newsreels the US server has). I guess I should be grateful for getting my ass banned on the EU server, without that, I'd never have noticed the US forums. I just wonder what's the real difference between the US and EU forums. From what I can tell, they both have their share of decent people and their share of retards, they both have their legends (Garbad, the T110 thread for the US, "professional pro gamerers" and "garage sluts" for the EU).

What I am really missing on the EU server are short newsreels like the US server has. Back in December 2012, Czechout mentioned that there might be a short videoblog series coming, featuring the EU community organizers. Now, I think that's not a bad idea (back then I didn't like it very much because the idea was to make it about the inner World of Tanks EU office works and not about the game), if it focuses on the game itself, can be combined with the community organizer persona. Like this:

That brings me again to another sore spot of the EU forums: the Q&A answer thread. This time it's interesting. As usual, most answers were known in advance, but the AMX 1948 was confirmed (that never happened before!). New upcoming game modes confirmed? Well that's odd... because Storm (or SerB) answered not so long ago there are no such plans. The repair costs for artillery were also said to be rebalanced. E-25 - "soon"? How soon? Not in 8.6 I think. Does that mean that 8.7 will be German tank destroyers? And no Swiss tanks for EU tree? What the HELL? Swiss tanks were mentioned earlier by SerB.

I don't know. Confusing. I'll ask a Russian friend to confirm some of the stuff in the official Russian Q&A thread. Standby.
Posted by SilentstalkerFTR at 10:12 PM