The infamous tier 4 US, the M3 Lee has a reputation of being one of the worst vehicles in WoT. I personally feel the Lee is a little misunderstood but it does need a buff.

So what can be done to the M3 Lee to make it a little more enjoyable? WG could fiddle around with the camo rating, accuraccy, and other game balancing stats. Here I am looking for more experimental upgrades.

A common suggestion is for use of the 37 mm gun. I don't think this would help a great deal. IRL the 75 mm gun was a better AT weapon(with AP rounds) and the 37 mm wouldn't be worth using most of the time. The 75 mm on the Lee is a good weapon in game anyway. IRL the M3 Lee never mounted or was proposed with a more powerful gun than the M3 75 mm gun. So we will have to look elsewhere for our upgrade.

The US did experiment with a very powerful engine with the Lee. The M3 Lee's mobility isn't the greatest but IRL the Lee was a testbed for a 560 hp engine, the Lycoming T1300 engine. The Hp/t ration should be a very good ~ 20 Hp/t. 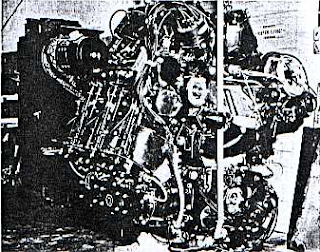 The Lycoming T1300 allowed the M3 Lee to reach speeds up to 65 km/h according to unofficial reports. I would suggest WG to look into mounting the Lycoming engine in the M3 Lee. This upgrade should help make up for the lack of a turret and would allow the Lee to get into better ambush positions to allow full usage of the awesome DPM.