Leaked: Object 907 will be implemented

Object 907 will be apparently implemented as the alternative Soviet tier X medium tank. A screenshot was leaked by a supertester and Storm - when confronted with it - replied simply "when it's done, it's done". 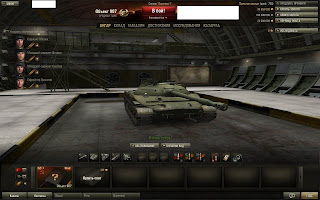 On 20.5.1952, Ministry of Defense industry of USSR organized a meeting with tank constructors and with the marshal of tank forces, I.S.Bogdanov, to discuss the future of armored forces development. The result of this meeting was a set of tank requirements from 18.6.1952. The resulting tank was to be better than T-54 - that was however no easy tasks and several teams (notably from plants no. 75, 174, 183 and research institute no.100) were tasked to make a preliminary study. The design, produced by the research institute was designated "Object 907" and - as requested - its armor was significantly better than the one of the T-54. From 1954 to 1956 the metal prototypes of the hull and turret were manufactured in order to conduct armor tests and to find ways to improve the protection even more.
There two variants of the hull. The first hull was cast as whole, the second was welded from cast components. After the tests, the protection levels of the vehicle were found to be significantly higher than the ones of the T-54 (by as much as 30 percent). The turret was (thanks to its angles) as well protected as the one of the T-10 heavy tank.
The vehicle was to be equipped with the 100mm D-10T gun, but there was a plan to install even the 122mm M-62 gun. It was to be propelled by the 700hp B12-5 diesel engine with two transmission types: hydrodynamic (like in T-54) and mechanical (like in T-34).
The vehicle stayed in the semi-prototype phase, apparently because by the time it was introduced, the production of T-54 tanks was already underway. Posted by SilentstalkerFTR at 8:18 PM