Today is quite filled with WoT news it seems!

(I was about to translate it, but then I noticed there was an official post on EU forums. Why WG makes its EU branch translate such snippets I have no idea)


- Yuri Pasholok: the T-80 tier 4 light tank could have a Soviet 76mm gun
- there is a rumor going around that the tier 10 tanks (M60, Object 907, Failowe) will be a part of a special Clanwars event, held during the official "CW season closure" (SS: just a rumor, not confirmed, take it or don't).
- tanks will not be transferrable for gold to another nation ("Players make a lot if idiotic proposals. We can't comment on them all, sorry")
- SerB states that the visibility duration (3-10 seconds) for a given tank aren't random, but rather cyclic. In other words, if two tanks light each other up simultaneously, it's possible that tank 1 will disappear for tank 2 sooner than tank 2 for tank 1
- the gold consumable prices for credit will principially be calculated as 50g*400 (credits per gold) = 20000s, but this price is not guaranteed
- VK3601H is transferred to the heavy tank category because "it's needed"
- Q: "New German tanks carry Bundeswehr crosses, yet earlier you said it's technically impossible for a single nation to have two symbols, how is it then?" A: "It's the first step to archieve the goal of having all the tanks carry red stars"
- more shell impact sounds (special sounds for impacts on tracks etc.) will be implemented
- a player on RU server actually archieved 15 kills with a FV215b.... 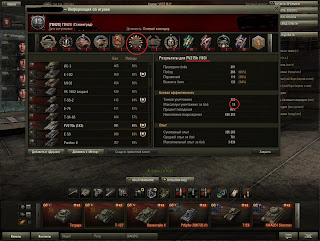 
Overlord answers the questions in Russian regarding the World of Tanks Blitz (he became a producer-chief for the mobile division it seems):

- The requirements will be the Ipad 2,3,4, Iphone 4,5 (he's not sure about the 4), for Android port he says it's complicated, but it should work on Nexus 7 for example, it won't work on "budget smartphones" (as in, cheap), it apparently needs Tegra 3 SoC.
- the battles will be realtime 7v7
- the vehicle grind will be faster than in WoT PC
- turret control is still secret
- account will be shared with WoT apparently

There's much more but I'll get to that later, if anyone is interested in this anyway (I know I am not, I hate mobile games, the pad I have I use for work only).
Posted by SilentstalkerFTR at 8:24 PM