In today's new "Uncle Sam's Tanks" video, we could catch a glimple of the new American lowtier medium tank 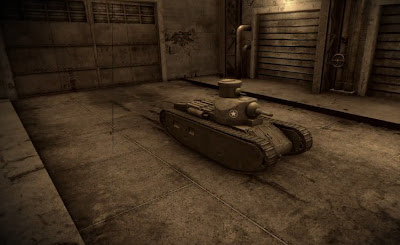 It's the American M1921 medium tank. Designed in 1921 at the Rock Island Arsenal plant, it was tested at Aberdeen in February 1922. It had a British cable and suspension track design and used several engines (from 220hp Murray-Tregurtha to 338hp V12 Liberty), allowing it to go as fast as 26 km/h (16 km/h with weaker engine). It weighted 18,6 tons and was armed with a contemporary British 6pdr (57mm), along with a 30cal MG. The armor values I haven't found, but they most likely are very thin.

This vehicle never got to be manufactured, but the American engineers - as mentioned in the video - gained valuable experience from its design. In World of Tanks, it might appear around tier 2 (3, if SerB feels sadistic).

Edit: just a "reminder": this is NOT the M1921 "Christie" tank, that appeared in the earlier versions of the full American tree as a part of Christie tanks. That's a different vehicle with the same name.

The Christie M1921 looked roughly like this (this is the 1919, earlier version)

Posted by SilentstalkerFTR at 5:18 PM